Well, it seems elected officials have found a way to get the screaming parents and the chanting students off their backs by dipping into the state’s “rainy day” fund as a way to restore “Furlough Fridays” and put students and teachers back into the classroom. But is it such a good idea?

It is a politically good idea from the standpoint that it takes the heat off the governor and the legislature coming from parents and educators. It is not a good idea from a financial standpoint because it is a one-time solution and as we have subsequently seen, others would also like to be bailed-out, like health and human services providers.

Given that the public has learned that there are non-instructional days for which teachers are paid, the immediate solution is to not pay teachers for those days and pay teachers for those furlough days so they are back in the classroom. For those with a few gray hairs on the top of their heads or at their temples, they can remember when teacher meeting day was Wednesday after classes were finished at their usual time and teachers were not paid extra for staying late on those days. For others, they may remember when teachers met on a Saturday and were paid something, but certainly not at the usual daily rate they were paid for instructional time.

The other point that many in the private sector are making is that teachers, as well as other public employees who are being furloughed, are not taking a pay cut. Yes, they will be taking home less money, but they are still getting paid at the same rate per day as they were before “Furlough Fridays.” It would indeed be a pay cut if they were still required to work the same 40-hour week but take home less pay. That is a reduction in the per hour pay rate.

Finally, as we learned recently, the outlook is not going to improve until well into 2011, nearly two years from now. What will Hawaii do in the meantime as revenues continue to decline? With a nearly 13% decline in TAT receipts for the first four months of this year, and a 9.6% decline in personal income taxes, the legislature’s game plan to balance the budget certainly is not working. Similarly, general excise tax revenues are down by nearly 13% so even an increase in the GET rate is not going to generate the money to address what is now forecast to be a $1.4 billion shortfall for the fiscal biennium. And what if some natural disaster befalls the state in the next two years? Where will Hawaii be able to turn to address that crisis?

At this point both the administration and the legislature must make serious cuts in the state’s program of services, eliminating all that is not essential to the health and welfare of the community. It means instilling in the public workforce that a job in government is not an entitlement and that practices must change to achieve efficiency and greater productivity. If it means doing things differently from the way it was done 30 or 40 years ago, it means that much more that can be redirected toward being able to meet payroll.

Although lawmakers and administrators are the most obvious part of the problem, allowing spending to get out of control, taxpayers/constituents are also a part of the problem. Over the years, taxpayers have come to expect government to do everything from the cradle to the grave, for after all, taxes have been so high that people just assumed that taxpayers should get more for their money. Unfortunately, elected officials have been less than honest with demanding constituencies, resorting instead to all sorts of financial gimmicks from user fees and charges to setting programs off budget that are underwritten by earmarked taxes and fees deposited into special funds that no one seems to know or have heard of before.

But that day of truth has arrived and what taxpayers and elected officials are faced with is the hard reality of not having anything more to tax and what taxes are already imposed create such an awful tax burden that no one – be it families or businesses – is able to survive especially when the economy has been knocked to its knees.

While there may still be some out there who are in denial “knowing” that the turn in the economy is just around the corner, the rest of us recognize the dilemma ahead and must make some very hard decisions. Those decisions include “right-sizing” the role of government and creating an environment in which enterprise and creativity are nurtured. Furloughs were designed to be only a temporary fix, but what we know now is that we must make some permanent and systemic changes if Hawaii is to regain prosperity in the public and private sectors.

By Lowell L. Kalapa (Released on 8/5/12) Some readers may wonder what does dependency have... 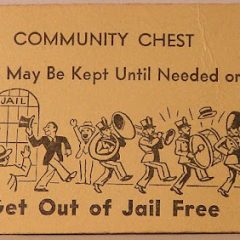