Starting in the late 1980’s, lawmakers became increasingly enamored with the concept of special funds. Initially, these special funds were created as hiding places for excess general fund revenues as the state realized a windfall of tax revenues from the imposition of the transient accommodations tax and personal income tax rates that were not reduced sufficiently after adopting the base broadening provisions of the 1986 Federal Tax Reform Act.

By the mid-1990’s, lawmakers thought the creation of these special funds was a prudent move as they raided them to make-up shortfalls in the general fund budget. However, as the financial picture worsened, they turned once again to the special fund concept to cover the costs of programs that would have to have been eliminated for the lack of funds. Lawmakers resorted to imposing new user fees or increasing existing user fees and charges and then earmarking the receipts for a special fund.

Many of the beneficiary programs and services had formerly been funded through the state general fund. For example, domestic violence programs benefited from an earmarked portion of the fee charged for marriage licenses. And when that amount proved to be insufficient, lawmakers increased the amount charged for marriage licenses so the domestic violence programs could be fully funded.

Another example of funding former general fund programs with special funds is emergency medical services. Somehow lawmakers believe there is a direct relationship between automobiles and the need for emergency medical services. So a few years ago, lawmakers tacked another five dollars on the annual vehicle registration fee and earmarked the proceeds for the medical emergency services program. Never mind that one needs an ambulance if there is a person having a heart attack or someone is overcome by smoke inhalation from a burning house fire, or nearly drowns in turbulent surf, no, by golly, it is because nasty drivers of automobiles get into accidents.

Then there is a provision that allows a surcharge to be imposed on all moving violations, the proceeds of which are earmarked for the brain trauma fund. Again, lawmakers were convinced that those nasty violators of the traffic code should fund brain trauma research and treatment because somehow incurring a moving violation means that the suspect driver could have contributed to brain trauma, even if there was no victim.

But the most overworked of the earmarked resources is the state’s conveyance tax that is imposed on all transfers of real estate. Until the early 1990’s the tax was imposed at a nominal rate of a nickel per hundred dollars of value transferred. It was never intended to be a source of revenue, but instead a tool that helped real property assessors set values for real property tax purposes. Sometime during the early 1990’s, lawmakers decided to hike the tax rate to ten cents per hundred dollars of value and earmarked the proceeds for affordable housing and the state’s natural reserve program. Later, the state’s legacy land fund was added to the list of beneficiaries of the conveyance tax.

Again, it was those programs that were not of a high priority to lawmakers that got these earmarked funds, because lawmakers just did not want or know how to deal with these issues. So give them an earmarked source of funding and tell them to go away and don’t bother the legislature again. That is until the legislature tried to raid the conveyance tax revenues this year because of the shortfalls in the general fund. When the blessed beneficiaries learned of the raid, they wept, gnashed their teeth and beat their breasts until lawmakers caved and raised conveyance tax rates that they considered low by comparison to those levied in Vermont. Of course, lawmakers didn’t want to admit that one can buy a single-family home in Vermont for about $35,000.

While all of these special funds and their earmarked resources sound pretty darn clever to lawmakers, what it does do is hide the true cost of running state government in Hawaii. Because these programs are no longer funded through the general fund neither taxpayers nor lawmakers pay any attention to the amount of revenues raised nor to the amount of money spent on the beneficiary programs.

But the funds raised amount to nothing more than another tax and they deprived those programs deemed of high priority, such as education, from accessing those funds. Lawmakers need to clear this smokescreen by returning these programs and their funding mechanisms to the state general fund.

By Lowell L. Kalapa As mayors and county councils fret and wring their hands over... 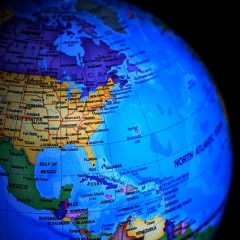 By Tom Yamachika, Interim President (Released on 1/26/14) Hello, world! There was only one Lowell...