Although many complain that the legislative session is hampered by its fast paced work schedule, others disagree and are usually only too happy to have lawmakers adjourn and go home. After all, the saying goes that no person or their wallet is safe while lawmakers are in session.

However, what is unfortunate more so than the threat that lawmakers are going to find another way to take taxpayers for a ride is the fact that over the years the work product of the legislature has deteriorated. Certainly one example of how badly the legislative product has suffered is the number of conference committee drafts there are appended to a bill. In the “good old days” of yesteryear, it was the norm to have only a single conference committee draft. Today, there are sometimes two or three drafts of the conference committee agreement. Many times those changes are made as “floor amendments,” something that was unheard of in the past. There just wasn’t anything that was brought to the floor of the House or the Senate that was subsequently amended on the floor.

Apparently what has occurred over the years is that the legislative arena has become more of a stage of political showmanship than a place of honest desire to improve the laws and, therefore, the lives of the state’s citizens. Take, for example, a tax measure that will move up the filing date of general excise tax returns and those returns of related taxes such as the public service company tax and the bank franchise tax. Under the previous law, general excise tax returns and payments were required by the last day of the month following the reporting period. So a business required to file on a monthly basis had to get their general excise tax return in the mail by the 30th or 31st of the following month.

Thinking they could improve cash flow, lawmakers adopted Act 196 this past session that will require those returns to be filed by the 20th day of the month following the end of the reporting period. Okay, so maybe that might be good for the state treasury, but did they ever ask taxpayers how that would affect their ability to file timely and accurate returns? What was even more insulting to taxpayers is the fact that the new law was to be applied to any return that was due after May 31st of this year.

Of course, the legislative measure did not become law until mid-July, but the tax department has taken it upon itself to defer the application of the law until January 1, 2010, a possible violation of the law as written. Did lawmakers think they could pull a fast one to get more money into the last fiscal year and, therefore, imposed such a ridiculous effective date? Or were they just plain ignorant of how business is conducted or in this case how accountants figure out their tax liability and file their returns? And lest anyone argue that they had no input from the public, committees on both sides of the capitol were implored to seek comments from the public as a similar measure in the early 1990’s met with resistance.

Then there is the measure that will increase income tax rates on high-income individuals. These are taxpayers making six-figure incomes. The top tax rate will rise to nine, ten and eleven percent depending on how much income the individual realizes during the year. Oh, make that the current year, beginning January 1, 2009.  Forget the fact that lawmakers were nearly midway through 2009 before sending this measure to the governor. Now all of those who will be affected by this tax increase will be sorely under-withheld next April unless they do some calculations and tell their employer to withhold more of their paycheck.

Finally, there is the inane measure that will decouple Hawaii’s income tax law from the federal Code by not allowing taxpayers to reduce their gambling winnings by the amount of their gambling losses. While lawmakers who proposed and supported this change may argue that it will gain revenues for the state, did they overlook the fact that it will be difficult to enforce? Since the federal income tax return doesn’t ask for this specific information, how will local tax officials know how much in winnings a taxpayer realized unless it is reported on a 1099 form? Again, lack of thought and poor legislative work product.

By Lowell L. Kalapa (Released on 12/23/07) In recent years, special interests within the business... 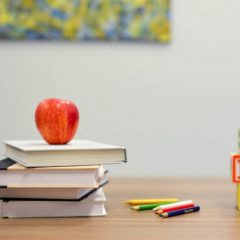 In recent weeks, it’s been no secret that the Hawaii State Teachers Association (HSTA) has...

By Lowell L. Kalapa An idea that continues to float around Capitol Hill with little...