An interesting request came up at one of the budget briefings lawmakers held earlier this month before the session convened. Interesting because the request could have been made of lawmakers as well.

The Office of Hawaiian Affairs was being chided about not having imposed cuts to their budget submission as all the executive branch departments and the state Judiciary had been requested. The requested cuts were to be at the 10%, 15%, and 20% levels. Since the Office of Hawaiian Affairs had not made those cuts, they were asked to return within a week with the three scenarios and indicate which of their programs were the most important by setting priorities among the different programs they administer.

Ironically, that has been the very problem for the legislature over the past few years when money was plentiful. Lawmakers tended to fund everything and anything. They set money aside for grants-in-aid for their favorite nonprofit agencies and funded services which the private sector could have provided. Lawmakers wanted the instant gratification because they could take credit for funding these projects in the campaign reelection brochures.

Like consumers who have been squeezed by the current credit crunch, the party is over as the Council on Revenues dropped the other shoe by lowering revenue estimates for the current and the next two fiscal years by more than $630 million, increasing the budget shortfall to more than $1.8 billion over the same time period. So like it or not, lawmakers will now have to set priorities for state government operations. This time there is no dodging the bullet, as lawmakers will have to decide which programs to fund and which will have to be terminated. With funding levels so low, they cannot afford to only partially fund all current programs, as insufficient funding of any program will jeopardize the quality of service.

What will the legislative priority list look like? Will education attract the most support or will it be social services or health services? What about public safety and prisons or preservation of the environment? It won’t be an easy task. On the other hand, isn’t this what lawmakers are elected to do, to make the hard decisions and fund what is good for the entire community?

While lawmakers scrutinize appropriations of state funds through the budget process, they may also want to set priorities for the expenditures of state funds out the back door otherwise known as tax breaks, tax incentives, tax exemptions and income exclusions. In fact, several lawmakers have already been testing the waters as to the repeal of these tax breaks. There has even been discussion of repealing the exemptions that nonprofit organizations enjoy under the state income tax and general excise tax laws.

But like the direct appropriation of state funds, lawmakers need to set priorities for these tax breaks because some of these incentives or exemptions were established to recognize some unusual situation of the taxpayer or a certain type of activity. For example, the general excise tax exemption for stevedoring was established in recognition that nearly everything we consume comes over Hawaii’s docks and to impose the general excise tax would merely exacerbate the cost of living in Hawaii.

On the other hand, it was interesting to note a report on the purchase of Kukui Gardens low-income housing in the middle of downtown Honolulu, stating that the buyer was encountering some bumps in the road. It seems that despite the state issuing $50 million of debt to purchase half of the project, the nonprofit that would come to own it was having a difficult time raising the other twenty plus million dollars through the sale of state low-income housing tax credits. These credits have failed to attract buyers as those very investors are more interested in the other tax credits which are far more generous.

Thus, it would seem that lawmakers have set a relatively low priority to the building of affordable housing. For, indeed, the impact of enacting a very generous tax credit is to effectively set a higher priority to that credit relative to a credit with a lesser benefit. Lawmakers must be especially cognizant of this phenomenon in this time of limited resources.

In this economic downturn, where are these limited resources best utilized? Should we provide more affordable housing? Should we support existing local businesses? Or should we attract new businesses into the state? Lawmakers must deal with these though questions of priority in every session, but this is especially difficult now with the expectation of drastically lower revenues. 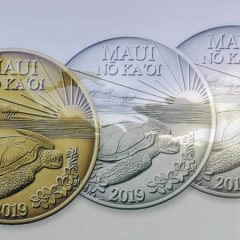 Maui, our Garden Island, has been on the move lately.  It recently passed a budget,...

By Lowell L. Kalapa It seems that proponents of the Economic Revitalization Task Force are...