A few weeks ago, a Honolulu city official finally admitted that the proposed fixed rail project will require a subsidy paid from the real property tax.

Although the official danced around the question for quite some time, in the end he noted that like the city’s current bus system, the proposed fixed rail system will also need a subsidy from real property taxes. While there will be an operating subsidy provided by the federal government, it was noted that other systems generally get less than 10% of the operating costs subsidized by the federal government.

Just how much will it cost to operate and maintain the proposed fixed rail systems? Well, no one knows for sure and that became quite clear at the hearing. The transportation officials point out that the current bus system including the city’s Handivan fleet costs about $185 million to operate and maintain of which $125 to $127 million is subsidized by the real property taxpayer. That means more than two-thirds of the cost of operating the current bus system is subsidized by the taxpayer either through real property taxes or federal taxes that contribute to the federal subsidy.

Thus, the $2 per ride fare currently charged is buying the bus rider a ride that really costs $5. And if costs rise, the subsidy will get even larger if the $2 fare is not concurrently increased. In fact, that is what is being promised for the fixed rail project, that the fare box cost will remain at $2 per ride.

Now to the credit of the city transportation official, because of cost savings it is being projected that the subsidy will rise to only $130 to $140 million because they are trying to hold down costs through the fixed rail system rather than trying to provide the same service using all buses. That may be true in that the bus will not be used to make the cross-town trip that the rail system would replace, but what about getting from some place off the rail line to the rail station so the commuter can get to and from town? Won’t additional buses be needed to bring those commuters from some place like Mililani, which is not on the rail route, to some place like Waipahu where there will be a rail station?

So the proposition that the increase in the subsidy will be only a modest increase should have city policymakers scrambling to examine how city transportation officials can be so confident that the subsidy can be contained. The question that should be asked is whether or not, in fact, the fixed rail system will replace buses currently in the system or will the rail system be in addition to the current fleet of buses?

Because not all commuters will live on or adjacent to the route of the fixed rail system, they will need transportation from their front door to a station along the rail line. Thus, it would seem that the rail system would need a system of buses that would reach distant neighborhoods to bring riders to the rail line.

With all other costs rising, real property taxpayers must acknowledge that the fixed rail system will require an increase in their property tax bill. And if the fare is held to $2 per ride, the operating subsidy will continue to grow over time. Elected officials at the city level have been less than enthusiastic in supporting a fare increase and so it would appear that they will continue to turn to the largest source of unrestricted revenue, the real property tax, to subsidize the transit system.

As the city transportation official admitted in the hearing, the city is not assuming any state subsidy for the operating cost of the fixed rail system. The assumption is that the 0.5% surcharge on the general excise tax will only apply to construction costs and that the operating costs will have to utilize other city resources such as the real property tax.

As voters go into the voting booth to vote on the issue of a fixed rail system, they should know that in all probability, real property taxes will have to be increased to subsidize the proposed fixed rail system.

By Tom Yamachika, Interim President (Released on 2/2/14) Recently the mayors of our four large...

By Lowell L. Kalapa An interesting facet of life here in Hawaii seems to have...

By Lowell L. Kalapa One of the measures that has garnered a lot of publicity... 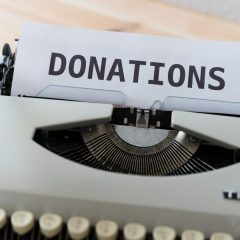