At a recent hearing of the joint legislative committee on housing, lawmakers learned that a public/private partnership could hold potential for the repair and renovation of all of the public housing inventory in Hawaii.

Most of the state’s public housing inventory was built in the 1950’s and 1960’s when federal funds were available. However, over the years the inventory of public housing in the state was allowed to deteriorate largely because of poor management and a less than willing legislature to appropriate the funds to fix public housing. After all, public housing represents a limited number of constituencies and is concentrated in only a few legislative districts throughout the state.

As a result, with no regular maintenance the problems got worse as the deterioration got beyond quick and easy fixes. It is much like not painting your home to the point where the bare wood now basks in the hot sun because the paint has all but worn away. It is no longer a task of slapping a new coat of paint on the walls, but a matter of sanding the wood and priming the walls before putting the finishing coat of paint on the wall. The public housing stock is so dilapidated that living in public housing took on a stigma. Public housing became riddled with crime and it was viewed as a dangerous place to live.

And as the various facilities became run down and vandalized, it became more and more difficult to justify increasing rental rates. In some cases tenants refused to pay rent and delinquencies soared. Delinquent rent became increasingly more difficult to collect such that by last November it was reported that the public housing authority was carrying more than a million dollars in delinquent rent on its books that was more than 90-days overdue and another half million dollars in delinquent rent that was more than 30-days overdue.

Lawmakers readily acknowledge that without federal assistance, there is no way that the state can afford to build more public housing units. Thus, the presentation made to lawmakers last week came as welcome news. A developer has put together a team of bond experts, investors and specialists in federal tax incentives. It was proposed that the state “sell” various public housing projects to the developer who then would be in a position to borrow the necessary capital through the state’s allocation of private activity bonds to rehabilitate the public housing units. This, in turn, would allow the developer to claim the federal and state low-income housing tax credits. The credits would then be sold to investors who would pay 80 to 90 cents on the dollar, providing the developer with additional capital to help with the renovation of the public housing units. Using tax credits, in large part from federal coffers, for the general good of the state – what a great idea!

The land would remain with the state and the state could dictate just how the public housing units could be used. However, because the federal tax credits will be claimed, the federal government will monitor how those units are used at least for the first 15 years following the claim for the credits. So at the very least those units will remain either as public housing or as affordable housing.

Where this proposal differs from what we now have in public housing is that the developer’s fee would be shared with a nonprofit that would either provide support services or contract with other agencies to provide job skills training, childcare, access to health care, and other types of services that would support the families with skills needed to secure employment and eventually move out of public housing. The developer would set a maximum period for families to remain in public housing during which time the nonprofit would provide the skills a family would need to become self-sufficient.

Because part of the skill set for the families is to learn how to be responsible for the payment of rent, the project would be able to produce a cash flow that would help the manager of that project to provide the necessary maintenance without having to go back to the legislature for appropriations that may or may not materialize. This public/private partnership enabling the use of federal and state tax credits to support the financing of public and affordable housing is a far more effective use of your tax dollar. 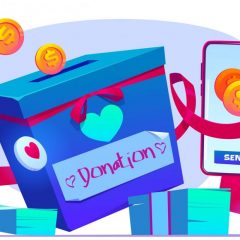 Many of us have had the chance to work with nonprofit associations, either as a...