Although the past few years have been good as far as the economy is concerned, it is still difficult to forget the trying times the people of Hawaii struggled with during the mid-1990’s.

Hawaii has had low unemployment numbers, high occupancy numbers in the hotels, and increased visitor arrivals coupled with a step up in federal spending both because troops are being deployed from Hawaii while others take up station here, and construction, both in the military and civilian sector, continues to chug along. With such good reports of economic indicators, one has to ask just how long will this economic exuberance last?

And last it might not, as observers are beginning to sound the warning bells with declining hotel occupancy rates, a slowdown in construction activity as the sub-prime mortgage issue comes to a head both locally and nationally, with the latter contributing to a rather bleak outlook for retailers as the holiday season approaches. With the possibility of another economic slowdown for the 50th State, what can policy makers do to keep the economy running smoothly?

Perhaps lawmakers should look back to those dark economic days of the 1990’s and take a cue of what needs to be done to insure the sound footing of Hawaii’s economic future. While the heavy burden of taxes certainly is at the top of the list, there are numerous other measures that lawmakers should address to insure that businesses and the jobs they create can survive another upheaval in the economic crust.

Up there with taxes has to be government regulations. From licensing to workers’ compensation insurance, unemployment insurance, building permits, you name it, and there is a government rule for everything a business does. While many of the rules may have been adopted with the best of intentions, the plethora is overwhelming and the cost is high for compliance. Many rules are so complex that businesses must hire consultants to wade their way through the public maze or pit falls. Not only do these rules cost time but also money in that with every delay created by some rule or regulation, the business loses money in lost sales, overhead costs for which no revenue is generated, and money borrowed to start up the business racks up interest charges.

Probably the most onerous burden of taxes imposed on businesses in Hawaii is the real property tax. County officials somehow believe that they need to take care of their “voting” constituents by providing property tax relief to homeowners at the expense of the non-residential classes of property. After all, they reason, businesses can pass the cost of the higher property taxes on to their customers. Little do they realize that those to whom they pass the added cost on are residents, as well as visitors. When consumers no longer are willing to pay higher prices, they either buy less or stop buying those products, driving those entrepreneurs out of business.

While lawmakers have turned to various incentives in recent years to encourage specific types of economic activity, those incentives have come at a price to all other taxpayers. Tax credits for high technology, television and film productions and ethanol plants all will cost the state treasury lost revenues. Proponents of the credits would like taxpayers to believe that these favored activities are generating increased economic activity that benefit all taxpayers, but they fail to see the fact that by maintaining the heavy burden of taxes and therefore the high cost of living and doing business in Hawaii, small local entrepreneurs are being driven out of business.

And perhaps that is what lawmakers don’t understand, that in order for Hawaii’s economy to grow, entrepreneurship has to be encouraged – that entrepreneurship can only thrive where overhead costs are low, regulation is minimal, and skilled labor is available. Unfortunately, Hawaii lacks this business climate that will encourage entrepreneurs.

So instead of trying to “hook” so-called attractive businesses of the future, lawmakers should look back and see how they can make the business climate in Hawaii better, with an environment that will encourage entrepreneurship regardless of the type of industry. Hawaii’s future may indeed lie in some area other than high technology or film making, but until lawmakers ease the burden of government in the form of taxes and regulation, Hawaii’s business climate will be less than hospitable to entrepreneurs.

By Lowell L. Kalapa Last week we looked at the idiosyncrasies of the general excise... 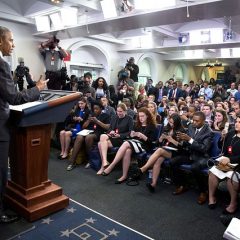