For the majority of taxpayers, the most well known of the taxes levied in Hawaii are the big three imposed in many other states. These are the general excise tax which is often miscalled a “sales” tax because it looks very much like the retail sales tax found on the mainland, the net income tax which basically is like the federal income tax because Hawaii conforms to the federal law, and the real property tax imposed by the counties.

The hybrid public service company tax that the utilities pay instead of the general excise tax is also imposed in lieu of the real property tax because policy makers realized long ago that trying to determine the value of real property that is under telephone poles and compact-car sized parcels where electrical booster stations are located is a real challenge. Thus, the public service company tax is imposed at a much higher rate than the general excise tax ranging from a low of 5.885% to 8.2%. However, the tax is computed on the income that is a ratio of the net to gross income of the public utility. All the collections of this tax were kept by the state until a few years ago when the counties were successful in arguing that everything collected from a rate in excess of 4% should go to the counties as in-lieu real property taxes.

In addition to the public service company tax, the energy generating utilities pay a franchise tax of 2.5% on their gross income to the counties. This tax has its genesis in the fact that years ago the counties were able to grant exclusive rights to power companies to serve specific areas of the county. In return, those companies paid a fee for the right or privilege known as a “franchise” to the county to serve those geographic areas. The franchise tax was meant to be a special business privilege tax and was assessed in lieu of the real property tax. Most, if not all, of these franchises were granted after the turn of the 20th Century when Hawaii was a territory.

Each company cut their own “deal” with the respective counties and paid the tax at varying rates until 1937 when the territorial legislature adopted a uniform law that set the rate at 2.5% of gross proceeds. However, that law also grandfathered in rates that were pre-existing such that until 1982, some companies paid the franchise tax at a rate less than 2.5%. The proceeds are used to help maintain the county roadways.

The other peculiar tax is the tax paid by banks and other financial institutions. That tax is also paid in lieu of the general excise tax. But unlike the public service company tax, the banks and financial institutions tax is also paid in lieu of the corporate net income tax. The reason for this “alternate” tax is quite obvious when one realizes that not all the gross income received by a financial institution belongs to the bank. The money customers put in their checking account or their savings passbook does not belong to the bank, so technically they should not be part of the bank’s income that is subject to taxation. That goes for both the general excise tax which is a tax on the gross income of a business and the net income which is the tax on the profits of a business.

As a result of being a “hybrid” tax like the public service company tax, the tax rate for the banks and financial institutions tax is also set at a higher rate of 7.92%. This rate is lower than it was more than a decade ago as a result of an effort to modernize the banks and financial institutions tax. At that time, banks had added all sorts of services that were at times being provided by non-banking businesses. Because the banks were exempt from the general excise tax, they held a distinct advantage in providing some of these services.

Thus, at the behest of the Tax Review Commission, the legislature undertook a comprehensive reform of the banks and financial institutions tax to ready the Hawaii community for what was just over the horizon, the advent of multi-state banking. And as a result, the rate was lowered from 11.7% to the current 7.92%.

Recently I received an email from an alert citizen whose remarks were published in Money...

By Lowell L. Kalapa (Released on 12/11/11) During the last session lawmakers hung their hats... 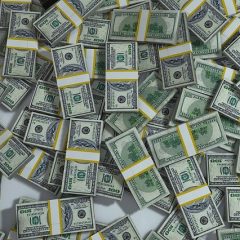 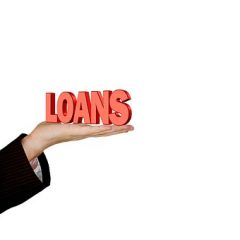 By Tom Yamachika, President Recently, some lawmakers proposed a bill that would require presidential candidates...