The last Tax Review Commission tried to address the issue and the current Commission is also grappling with the frustration of not knowing just what the effects of the targeted business tax credits have been.

Meanwhile, lawmakers want to add even more of these tax credits that have absolutely nothing to do with an excessive tax burden. These tax credits were conceived to be incentives to make taxpayers act or do things in a certain way. The problem with these targeted business tax incentives is that neither lawmakers nor taxpayers know whether or not these tax incentives are really accomplishing what they were adopted to do.

Adopted in a period of economic downturn in the mid to late 1990’s, lawmakers hoped that these tax incentives would help to “jumpstart” the economy, create a wealth of jobs or attract new industries to Hawaii. Advocates of these credits promised lawmakers that there would be new jobs, new economic wealth, and help to reverse the brain drain by providing the high paying jobs needed to attract Hawaii’s best and brightest to return.

The problem is that while lawmakers and taxpayers were promised that these tax credits would attract new businesses, create jobs and broaden Hawaii’s economic base, there is no way to prove that these promises are being fulfilled. That is because these tax credits hide behind the wall of confidentiality that protects income taxpayers. In fact, when the question was raised whether or not the tax department could collect this information, the legal beagles barked confidentiality persistently.

However, that does not have to be so. If investors in high technology or the building of an ethanol plant want these tax breaks, they should have no reservation about sharing information that will help lawmakers and other taxpayers to determine whether or not these expenditures of tax dollars are worthy of public support. The law can be amended that from this time forth, taxpayers who want to take advantage of the tax credits are required to disclose certain information to help track the success or failure of these credits.

This strategy would be analogous to couples who want to dance, but no one has put a quarter in the juke box. If the couple wants to dance, they must be willing to put a quarter in the jukebox. If they are unwilling to invest the quarter, they won’t be able to dance or in the case of the taxpayer, they won’t be able to claim the credit.

The confidentiality statute only applies because government requires income taxpayers to share information about their income so the government can determine whether or not the taxpayer has to pay income taxes or whether the amount due government is the appropriate amount based on the income earned.

Tax credits or tax incentives are benefits afforded the taxpayer; the taxpayer can choose not to take those tax credits. Unlike paying taxes, the credits are available and no one is required to take the credit or incentive.

While the legal beagles would like to argue that disclosure of information – such as how much in qualifying expenditures were made, who is the person or company claiming the credit or the amount of the credit – should be confidential, Hawaii already has precedence in requiring disclose of sensitive information to claim tax breaks.

Beginning in the early 1980’s American Hawaii Cruises sought and received an exemption from the state’s public service company tax. The exemption initially was sought for the first five years after the company started up the round the islands cruise arguing that they needed time to start up the business before they could make any money. Well, that story went on and on with the company applying for a renewal for another five-year tax hiatus when the first five years ran out.

Having the information to determine if these tax incentives are, in fact, working should be part and parcel of holding elected officials accountable. If the department of taxation is not willing to secure that information, then perhaps the department of business, economic development and tourism should be asked to collect it from taxpayers applying for the credits. After all, the incentives are supposed to be helping to diversify our economy.

By Tom Yamachika, President Here in Hawaii, we have an initial group of licensed medical...

By Lowell L. Kalapa It was interesting to read recently about fines that were levied... 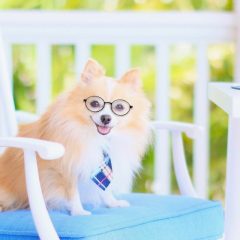