In the next few months as lawmakers at both the state and county level wrangle over spending plans for the next fiscal year, taxpayers will hear references to the “operations” budget and the CIP or capital improvements budget.

Elected and budget officials will proclaim that these are two entirely different things, with the operations budget funded out of current tax dollars and the CIP budget funded with long-term debt. And while on the face of the argument it may be true, ultimately those capital improvement costs will become a part of the operating budget.

To some, the obvious is not so obvious, that is eventually a building or road built as part of the capital improvement program will need maintenance and repairs. One has to look no farther than our public schools which state lawmakers decry because of the backlog of maintenance ills. The cost of maintaining and repairing those facilities must be paid out of the operating budget and, therefore, must come from tax dollars. One former elected official looked upon spending federal grant dollars on capital improvements as a one shot deal which is the furthest thing from the truth. And as we have learned, the longer the maintenance and repair of facilities is deferred the more expensive those costs become.

The other way those capital improvements become a part of the operating budget is that the debt that is issued for the construction costs must one day be repaid together with interest. Like the mortgage on your house, the principal and interest comes out of your monthly pay check. When you applied for that mortgage, the bank took a look at your income and determined just how much of a mortgage payment you could afford each month and still have enough to cover all your other expenses. That review basically determined how much you could borrow and, therefore, what price you could pay for your house.

The state constitution provides that review for debt issued by the state and counties. The constitution sets a limit on how much can be borrowed by government in Hawaii. However, while the state debt limit was revisedby the 1978 Constitutional Convention, the limit set for the counties dates back to territorial days. The state’s debt limit is tied to the average of general fund revenues in the immediately preceding three years prior to issuance. The state cannot incur debt service of more than 18.5% of the average general fund revenues. Thus, the measure is whether or not the state has the ability to make the “mortgage payments” or debt repayment.

Thus, it is quite possible that a county could run up tremendous amounts of debt and not have the ability to repay the debt service without hiking property tax rates to astronomical levels. Because debt service becomes a part of the operations budget of a county, it must be paid with current revenues.

Thus, while elected officials like to talk about building new schools or new parks and playgrounds, much of that will be paid for out of borrowed money. While these elected officials can enjoy the instant gratification, in the long run the burden of paying for those shiny new public facilities will come back to haunt taxpayers long after those elected officials have left office.

While there seems to be a relatively good check and balance at the state level with respect to controlling the amount of debt that can be issued, the same cannot be said of the counties’ ability to issue debt. A review of the county debt limit is long overdue to insure that future taxpayers are not burdened with an unbearable level of debt service that will affect the counties’ operating budgets in the future. 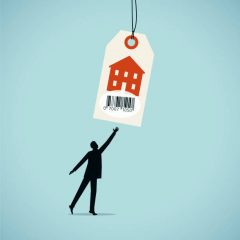 It’s been no secret that housing costs are astronomical here in Hawaii (even if you...