Last week we reported on a national evaluation of the business tax climates around the nation on a state- by-state comparison and noted that the study ranked Hawaii dead last.
That ranking was due in large part to the discriminatory tax credits adopted by state lawmakers in recent years and in some cases real property tax preferences conferred on certain types of businesses. Although these “tax incentives” were adopted in hopes of encouraging certain types of activities or attracting certain types of businesses, these “gimmicks” did nothing more than help to perpetuate the heavy burden of taxes for which Hawaii is infamous.
How so you might ask? Well let’s compare it to a family budget where all the household members work to put enough money in the pot to pay the utilities and buy the groceries for the family. However, one of the teenagers who works part time at the local fast food shop and contributes $15 out of the $100 needed to pay the bills is skipping school so he can hang out with his friends at the mall. His excuse is that since he has to work, he has no time to hang out with his friends so he sometimes skips classes to have that extra free time.
Well, mom and dad believe that education is important, so they tell this teenager that he can quit his job so he can have some free time to hang out with his buddies. However, that means there is one less source of money to pay the bills. This means one of the other household members has to work longer hours or find another job to make up the $15 to cover the household expenses.
In the case of targeted business tax credits, the parents’ decision to allow their teenager not to work means that the burden of having to earn the money foregone has to be made up by another household member is much akin to the tax incentive representing the money foregone by the state. Since the state’s expenses are not reduced by a similar amount, it means other taxpayers have to make up that amount.
Tax credits and other types of tax breaks for which there is no indication that an undue burden is being imposed should be viewed as just another expenditure by state or county government. However, in this case the “expenditure” is made without having to compete with all the other programs that need to be funded by the state as the money is given away even before it is collected.
Because government expenditures are not reduced, much as the family budget still needs $100 to cover its expenses, it means that raising the necessary dollars to cover government’s expenditures will prevent that government from being able to reduce the tax burden on other taxpayers who are not qualified to claim the tax break.
The result is that the tax climate for those businesses not so qualified will continue to be burdensome. And while taxes are not the end all to the decision to locate a business in Hawaii, the high tax burden contributes to a higher cost of doing business in Hawaii and therefore less price competitive products or services on the world marketplace.
Individual taxpayers should also be concerned as those tax breaks mean the burden is also shifted to families. Conversely, when special tax breaks are enacted for individuals for which there is no undue burden imposed, the burden is shifted to other individuals or businesses. An example is the recently voter-approved charter amendment on Kauai which will cap the growth in real property valuations and tax bills for those long-term residential properties. That burden will shift to businesses who, in turn, will raise their prices to the very homeowners the charter amendment was expected to protect. The burden will also be shifted to families who purchase their homes after the cap is imposed, as those properties will be slapped with the current market value.
Thus, newer homeowners will pay markedly higher prices for the same county services as the person living right next door who has been in that home for a number of years. This will also add to the poor business climate in a county like Kauai as prospective businesses will have to take in the higher cost of housing for employees that may relocate with the prospective company.
So while some may believe that granting tax breaks to certain taxpayers will attract new economic activity and create new jobs, or protect certain classes of taxpayers from higher taxes, those efforts may just make the tax climate worse in the end.

By Lowell L. Kalapa The Working Groups of the Economic Revitalization Task Force will be... 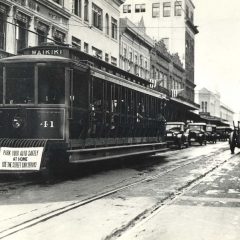 The 2018 general election is going to be a special one for our state because...