Another scheme that has been proposed to address the soaring property values of homeowners is to impose a Proposition 13-like mechanism on the real property tax in some counties.
While the county administration on the Big Island has proposed freezing assessments and allowing them to grow only marginally from year to year, a charter amendment on Kauai would freeze homeowners’ tax bills to what was paid in the 1998-1999 year and allowing those tax bills to grow by no more than 2%. For homeowners purchasing their homes on Kauai after the 1998-1999 tax year, the base property tax bill would be the amount they pay in the year they acquire their home increased by no more than 2%.
In either case, the proposed changes would impose an artificial growth rate on either valuation or tax bills. To the extent that the largest slice of the real property tax pie would be limited to a marginal growth rate, taxpayers should ask themselves if county officials or, in the case of Kauai, voters will be satisfied with fewer county services or less frequent repairs to roads or other types of county infrastructure.
Because these proposals would limit the growth in the amount of tax resources available, future elected officials will be limited in how much money they can spend unless they raise real property taxes on other classes of properties or resort to charging new fees for specific services or increasing existing fees. If, in fact, the freezing of either tax bills or valuations applies only to the homeowner class, there is no doubt that elected officials will turn to nonresidential properties to make up the loss in revenues.
And while homeowners may send up a cheer and break open the champagne, they will have shot themselves in the foot. Instead of seeing more money in their pockets as a result of having lower property tax bills, homeowners will probably see more of their money going toward the grocery bill or the car repair bill, as businesses will certainly pass the increased cost of the property taxes on to their customers.
If county officials cannot simultaneously tighten their spending belts, the money they need to pay for programs and projects has to come from another class of property owners. With residential property tax bills frozen, the forgone revenue will have to come from nonresidential classes of property. Since no business owner can afford to absorb all of the increased cost, prices will have to go up and the cost of the increased tax burden on nonresidential property owners will be passed on to their customers and in some cases to their employees in the form of reduced hours or perhaps smaller wage increases or in some cases no increases at all.
If the burden becomes so unbearable, some business may just decide that they can’t make a go of it and go out of business, giving consumers less competition, less choices, and for sure less job opportunities. Even the visitor industry will be hard pressed to compete with other destinations from the cost of hotel rooms to rental cars and visitor activities. With a reputation for high prices, the industry and county government will have to work harder to attract visitors, as the potential visitors will have an array of choices for their discretionary dollars.
More importantly, the accountability relationship between taxpayer and the elected official will be obscured. With the cost of the growing tax burden hidden in the cost of goods and services purchased by consumers, county officials will not be held responsible for what may be excessive spending, rather it will be the businesses the customers patronized that will be blamed for gouging with higher prices. Meanwhile, homeowners seeing marginal increases in their tax bills will believe that they can ask for even more from county government, more parks, more street lights, more police, etc.
Because the county can raise property taxes just so much on nonresidential property and will be limited in what they can raise from residential property, they will find new ways to nickel and dime the taxpayer by imposing user fees and charges for services that were once paid for by the property tax. The result is that the general public will not see the overall growing burden of fees and user charges, as the constituencies for the various increased fees will be limited.
Finally, with their hands tied by the amount of property tax increases and the growing burden shifted to nonresidential property, the county will find that it will not be able to borrow funds from the bond market as bond holders will be leery about the ability of the county to repay the debt as the revenue raising ability of the county will be curtailed.
And that’s just the beginning of the horror show. 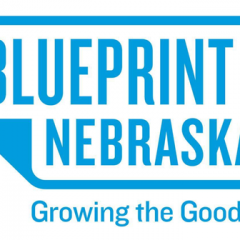 By Tom Yamachika, President At the end of October 2015, it was revealed that our...

By Lowell L. Kalapa With the onslaught of the new year, taxpayers may not be...