In the past few weeks, we have reviewed the follies of the latest legislative bacchanal and realized that despite all of their efforts, lawmakers truly do not appear to understand what it will take to improve the economic outlook for the state.
We have witnessed their dalliance with all sorts of gimmicks like tax credits and deductions or check-offs to finance public programs for which lawmakers could not find the extra money. While lawmakers profess that they adopt all of these schemes to encourage economic development and create jobs, there is absolutely no proof that any of these tax gimmicks have actually created the plethora of jobs the advocates would like us to believe will be created.
True, there are some jobs that weren’t there before, but one truly has to question the cost-benefit ratio of dollars lost to the state treasury and the number of jobs and therefore incomes created. Then again, one also has to ask at whose expense where those tax credits and exemptions afforded? Since the size of government didn’t shrink, one has to assume that those tax benefits were paid by all taxpayers who could not claim them. That means, we taxpayers who were not so favored ended up continuing to pay for the cost of government albeit at rates which continue to make it difficult to live and work in Hawaii.
And it is difficult to make ends meet where one often finds both parents holding down two or more jobs to put food on the table and a roof over the heads of their children. For business, it means making a smaller margin of profit in what is a highly competitive environment. Advocates of the tax breaks argue that workers will benefit from the new jobs created and other businesses will benefit when workers in those new industries patronize those businesses or for that matter if the new industry purchases goods and services from existing, not-so-favored businesses.
And that may truly happen, but until the new industries get up and running and actually produce products for sale, residents may be forced to leave Hawaii and existing businesses may have to fold their tents because they cannot afford to stay in business.
The point of the matter is that for all of the millions of dollars tossed to the wind to lure this or that industry in Hawaii, what if lawmakers had taken the same hit in revenues by lowering tax rates for all taxpayers – both businesses and individuals – in Hawaii?
Lawmakers might not only consider taxes but many of the regulations and permitting processes they force individuals and businesses to undertake to do just about anything in Hawaii. From building permits to professional licensing, regulations to meet fire code standards and licensing of child care facilities, each and every one of those regulations should be reexamined for appropriateness and timeliness in granting those permits or licenses. More often than not, it is a matter of moving paper along faster or better coordinating inspections so that it is not a matter of who came first before the second and third inspector can pass judgment.
Lawmakers need to review the growing cost of workers’ compensation insurance and the mandatory prepaid health care costs that continue to soar. While we may want to afford workers a multitude of protections and benefits, the economy cannot afford a Cadillac of coverage at the expense of jobs that may have to be reduced or eliminated so that a business can stay in business. What good will it do to sit and watch these costs soar because elected officials don’t want to be the “bad guy” in calling for more modest benefits if people end up losing their jobs because businesses can’t afford the cost.
Two tenets that lawmakers should always remember as they mull future legislation are: (1) time is money, and (2) businesses don’t pay taxes. Apparently, lawmakers have no idea that in the business world every second that passes or stroke of the minute hand on the clock face is another dollar lost. Businesses have to account for every minute that they are not selling their goods or services as another dollar that is lost. So time consuming regulations and government bureaucracy just add to the cost of doing business that must be recovered in the sales of goods and services.
Finally, all elected officials should repeat over and over again: businesses don’t pay taxes, they must pass the cost of the tax on to their customers, if they don’t, they will soon go out of business. So let’s make the business climate better for all businesses, because in the end it makes for a brighter economic future for all Hawaii. 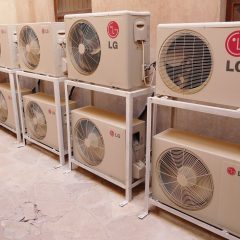 By Lowell L. Kalapa It appears that goals other than what is good for the...

For most of us, if we are asked how much money we have (perhaps by...