One of the greatest ironies of this legislature is its attempt to improve the economic outlook with all sorts of gimmicks while ignoring the basics of any introductory course to economics.
Whether it is naivete or true ignorance, lawmakers have tossed all sorts of tax incentives into the hopper with the hopes that the electorate will think that they did something to improve the economic fortunes of the state. What is almost laughable is the fact that lawmakers are still trying to tweak the cap on gasoline in the belief that they can somehow control the price and therefore win the hearts and minds of their voting constituents at the ballot box this November.
What many seem to forget is that President Nixon back in 1972 tried to do the same thing, to control prices by fiat. The market twisted and turned and struggled to deal with the heavy hand of government and instead of improving the economic outlook, those price controls sent the national economy into a tailspin that had decade long effects, including an unforgettable bout with double digit inflation and double digit interest rates toward the end of the 1970’s and a good part of the early 1980’s.
Some believe that those price controls ultimately led to the shortage of fuel which created those long lines of cars snaking out of your friendly service station during the early half of 1974. The fear of having government dictate how much one could charge for products or services caused the delicate balance of supply and demand to be kicked out of kilter. Production of goods slowed and by the end of the decade, demand out paced supply leading to that double digit inflation we would all like to forget.
So why the push to cap the price of gasoline — other than the fact that it panders to constituents at the ballot box? It is a hot button issue that if spun in the right direction will garner political support. But will it, in fact, come back to bite all of us just like those national price controls of the 1970’s?
Perhaps a little common sense – which seems to be sorely lacking in this issue – is in order. While the big gas companies are cast as bad guys because they don’t want to reveal their pricing strategies, let’s just look at the facts and try to figure out why gas prices are so high.
First of all, there are only two refiners of fuel in the state, and while some distributors import refined fuel, most of the distributors buy the refined product from these two refiners and then add their own “special ingredient” to make their product unique.
One refiner has been around since before statehood, built its refinery years ago and has since amortized that original capital investment. The other refiner has been around just over three decades, a vision of an old time local business to insure that Hawaii could remain energy self-sufficient. Not only has that refinery probably not amortized the original capital investment, but it has had at least three different owners since it was established, with each subsequent owner borrowing the capital to acquire this refinery. Further, the sources of each refiner’s crude will differ with the most established refiner probably either owning its sources of crude or has long standing contracts with set prices for that crude. The more recent refiner probably has to contend with the fluctuations of the crude market. Regardless, it appears that the latter refiner has substantially more costs to recover than the well-established, long time refiner.
The result is that the latter refiner has to set a wholesale price of gasoline that will raise enough money to cover not only its operating costs of producing the gasoline, but also the long-term capital costs represented by debt. This recovery cost may be substantially more than the recovery cost of the long-established refiner. However, the net result is that the higher recovery cost sets the minimum price level for the market.
The other refiner could charge a substantially lower wholesale price and still make a profit, but if it can charge what is the going rate for the other refiner, why not charge the minimum price needed by the other refiner and take the difference in profits. Sure, the long-established refiner could charge less, but that would drive the other refiner out of the market and Hawaii would end up with a monopoly.
Want proof that this is what is happening? Just check the newspaper, the long-established refiner recognized substantial profits in the last reporting period while the other refiner reported millions of dollars of losses. It is not an easy issue to resolve, but slapping price controls on the price of gasoline is not the answer. 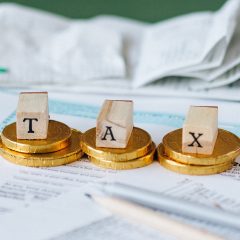 By Lowell L. Kalapa In the last few weeks we have examined some of the...

By Lowell L. Kalapa Last week we looked at the changes made by Congress to...