The most recent meeting of the state association of counties focused on the financial crisis facing each of the four counties.
With a stagnant economy and a real property tax base that has experienced a roller coaster ride from the highs of the later 1980’s and the early 1990’s to the concurrent burst of the bubble in the mid-1990’s, the counties have been trying to bring a little reality back into balancing their budgets. While real property values soared, they were able to live off the rising values, adding services and facilities as the bigger tax base allowed them to lower tax rates yet realize more in real property taxes.
Now that values have either stabilized or declined, local lawmakers have sought other resources to cover the shortfall without having to raise real property taxes. In fact, the slice of the budget pie that is financed out of the real property tax has shrunk over the past ten years. There is a certain amount of irony in this trend in view of the fact that all four counties pleaded with the 1978 Constitutional Convention for the complete control of the real property tax. Delegates to the Convention were promised that if the counties were given the complete control over the real property tax, they would be able to stand on their own and not have to beg for support from the state.
However, now that the counties have sole possession of the real property tax there is no one to whom they can pass the buck of blame. In the days before the Constitutional Convention, the counties would wash their hands when property taxes went up, saying it was the state who controlled the valuation of real property and set the standards for assessment as well as for the exemptions and dedications. The state would turn around and point out that it was the counties who set the rate. However, since 1980 the property tax has been the sole province of the counties. No more passing of the buck.
As a result, when values either declined or stagnated, local lawmakers found it difficult to raise the rate. Initially, they resorted to shifting the tax burden to nonresidential property like hotels and resorts, and then to commercial and industrial property. They reasoned that businesses could pass the costs on to their customers. That worked until they realized that those customers were also their constituents.
And when it finally came to a point where real property rates had to be raised to balance one county’s budget, it was portrayed as “revenue neutral” since homeowners’ tax bills were supposed to be the “same as last year” even though their values declined.
Not wanting to raise property tax rates, local officials resorted to other ways to raise money like adding new user fees or hiking existing ones. At the recent meeting of the counties, it is obvious that the search continues as the Honolulu budget director outlined a laundry list of ways the counties could realize more money. Much of it was the same old agenda from previous years, a portion of the unadjudicated traffic fines, getting the phone company to pay the franchise tax, and seeking the authority to levy a tax on vehicles based on the value of the vehicle.
What is appalling is that all of the attention was directed at how local officials could raise more money without raising the property tax. Very little was said about which services or programs could be eliminated from the counties’ spending agenda. Instead, the thrust was, “Let’s find more money.” Do local officials think that just because they will take it out of another pocket that it won’t hurt the taxpayer?
More importantly, is this strategy more attractive because it won’t raise the ire of the real property taxpayer? This is being less than honest with the taxpayer about how much it costs to run local government.
If taxpayers truly want a certain service or program and are willing to pay more in property taxes, then property taxes should be raised. If taxpayers don’t want to pay more in property taxes, then elected officials should find ways to cut the budget rather than looking under unturned stones for more revenues.
Regardless of how it is cast, it means that much more out of the hands of the taxpayer/consumer, a taxpayer/consumer who helps to move our island economy forward. Let’s hope that local elected officials can be honest with the taxpayer and utilize the real property tax they begged for in 1978. Shifting the cost of county government to another source is nothing more than a shell game. 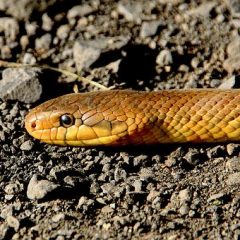 When we analyze how well, or how poorly, our economy is faring in response to...