Now that lawmakers have gone home after yet another special session, it might be a good time to assess just what government can or cannot do to change the course of the state’s economy.
To a large degree, the zeal that overcame lawmakers and top public officials just after the September tragedies was that if there was anyone who could do something to pull the state out of the economic tailspin, it must be government. So for nearly five weeks elected officials inquired, heard from constituents, and checked the pulse of the community through the media. What they realized was that the spark that they had ignited with calls for a special session of the legislature had created a huge public expectation that government could possibly do something to reverse the economic tailspin.
What they did not do was to ask just what could government do to reverse a trend in the visitor arrival numbers. Instead, they resorted to the same old responses that they had practiced in the past, give tax credits in hopes that the intended victims would bite and spend money so that there would be more public construction projects even though it means borrowing more money, and provide funds for assistance to dislocated workers.
Unfortunately, elected officials missed the point about what keeps this economy rolling — business. Be it the obvious businesses such as hotels and visitor attractions or touring buses or taxicabs, it is the private businesses such as hotels and visitor attractions or touring buses or taxicabs, it is the private businesses of our community who keep the influx of dollars coming into the state. Without the inflow of these dollars, the outflow of money or capital exceeds the inflow and Hawaii’s economy begins to contract or shrink.
Thus, it is important to keep that inflow of capital or dollars growing. With the drop-off in visitors, the amount of money coming into the economy will be reduced and thus the prospects of recovery dampened. While lawmakers authorized additional funds for promotion of the visitor industry, that promotion has to have a product that is competitive with other destination areas.
Surf, sand, warm weather and the exotic are enticing but what travel-shy visitors will be looking for in the coming months is a good reason to get back on those planes and travel to some enviable destination. Looking at the competition, it becomes obvious that the one arena where Hawaii will be outdone is in the area of cost. Unless a Hawaiian vacation or business trip can be as price competitive as a trip to Mexico, the return of visitors to the 50th state will not materialize.
Some argue that the industry just cannot afford to lower prices or rates because businesses will lose money or it will “cheapen” the product. On the other hand, the philosphy that has driven the airline industry for years is that a passenger in a seat, or in this case in a bed, is worth more than no one in the seat at all.
The other point to make here is that here is some place that government can do something to help the situation. Many, if not all businesses will point out that one of the major costs of overhead is all of the compliance with government rules and regulations. Some of those rules and regulations are so complex that many businesses often resort to hiring consultants and professionals to help them to comply with those rules. All this does is add to the cost of doing business in Hawaii, a cost that has to be recovered in the price those businesses charge their customers.
Many of these rules and regulations and the permits that they require were created in the past eight years as a means of generating income for state and county government. Many of them are of questionable value, many are duplicative of other requirements, and finally, some are downright stupid. If lawmakers truly want to do something to help businesses and the economy, they might just start right in their own backyard and ask for a review of those rules and regulations imposed by departments such as health, commerce and consumer affairs, labor and industrial relations, and land and natural resources.
What lawmakers and hopefully bureaucrats may find is that these rules and regulations produce no added benefit or protection for the public but merely add to the cost of doing business. Then again, don’t raise your hopes too high because these very rules insure that public employees have something to do.
But if we want to be competitive with other businesses and other visitor destinations, we must find ways to reduce the cost of our products. It just makes sense that we start with some of the biggest costs imposed on doing business in Hawaii, public rules and regulations.

By Lowell L. Kalapa (Released on 01/07/07) Under the state Constitution, the legislature must provide... 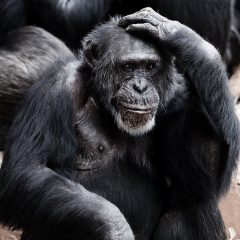 This week, we continue coverage of our legislature by highlighting some of the more unusual...