We all just knew it in our bones, we knew it couldn’t be true, and yes, sure enough, last week state senators took it back — the tax cut that is.
Taxpayers were told that the state needed to reduce income tax rates if the economy was to be revitalized in 1998. The top tax rate had to be cut if Hawaii was to compete among the states for new investments, investments that would create the jobs that Hawaii’s people need. And although government leaders wanted to also raise the general excise tax, others believed that tax increases were not necessary.
And while some still have doubts about the economy getting better, there is no denying that the visitor industry has added a kick-start to economic activity in the past few months. So perhaps it is this rediscovered confidence that has led lawmakers to believe that taxpayers don’t need that second and third step of the phased-in cuts in the personal income tax rates.
In recommending the amended measure for adoption, the Senate Ways and Means Committee cited the fact that “tax relief proposals must be balanced against the fiscal obligations of the state,” While the Committee did not identify the “ongoing major fiscal issues” that will “require substantial funding,” it is pretty obvious from all of the media reports that lawmakers feel pressured to fund public employee collective bargaining contracts.
So what it appears to be is a showdown of sorts between tax relief for taxpayers and funding public employee contracts. What is hard to believe is that some lawmakers seem to have no difficulty in considering the repeal of the tax reduction because there was little demonstration of appreciation for the tax cutting actions taken by lawmakers three years ago. Wait a minute, let’s revisit that comment!
Because taxpayers haven’t shown any demonstrable appreciation for the tax cuts, lawmakers believe they have every right to take back those tax cuts. Now that seems a bit off-base when one remembers that the income tax rates and brackets had not been adjusted since 1965. In 1965, a bank president’s salary was $25,000 and that was subject to the state’s highest income tax rate. In the meantime, Hawaii taxpayer’s kept on paying and paying at the same rates for more than 30 years.
The result is that state lawmakers and administration officials lived off a windfall of tax revenues because those tax rates were not adjusted for inflation. The windfall of tax revenues led lawmakers to believe that they could create more and more programs, because no one seems to protest that the income rates were too high. That is, until the gravy train hit the wall in the worst and longest economic downturn in the history of the state.
Only then did elected officials hop on the bandwagon, calling for tax reductions to stimulate the economy. The point of the matter is that at one point there in 1997 and 1998, elected officials felt it was imperative to cut taxes to get the state economy moving again.
So what is the “new” message? Is it “we don’t care about the economy, we only care about funding collective bargaining so we can get reelected?”
What the proponents of repealing the tax reductions have done is to paint themselves into a corner. It is an either-or situation and seemingly no alternative in between. It is pay raises or tax reductions.
If lawmakers truly wanted to find a way to do both, raise public employee pay and retain the second and third phases of the tax cuts, they could do it. It would mean cutting positions and reworking how government delivers services, and seeking ways to do so more efficiently in state government. Instead of pitting taxpayers against public employee unions, the focus should be shifted to finding ways to reduce costs. Those cost savings could then be used to make necessary compensation adjustments.
Unfortunately, instead of setting up this detente between taxpayers and raises for public employee unions, lawmakers are contributing to a polarization of the community. On the other hand, lawmakers are sharpening the picture of just who is accountable for the growing cost of government.
And while lawmakers think they can repeal the tax cuts this year because it is not an election year, what they don’t realize is that the full impact of the repeal won’t be felt until next spring when people file their income tax for this year, just five months before the next election. 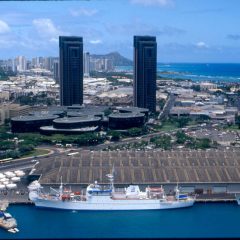 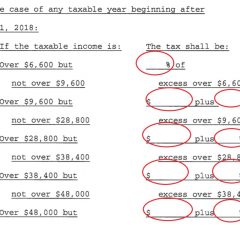 By Lowell L. Kalapa Someone recently asked why tax incentives to attract certain types of...