Readers may remember that we discussed the five or so constitutional amendments made by the 1978 Constitutional Convention which focused on the finances of the state.
Among those amendments is the provision which was intended to keep the growth of state government within the means of the economy and taxpayers who are asked to support the expenditures of the state. This was the alternative chosen by the 1978 Con-Con delegates instead of the more stringent “Proposition 13” approach which focused on limiting the amount of taxes a government could raise. The spending limit allows government to grow as fast as the economy grows based on the reasoning that as the economy grows, it will need the supporting infrastructure that government provides and on that rationale, as the wealth of the economy grows, the state has the means with which to pay for those services.
Unlike the “Proposition 13” approach, the state spending limit provides more of a guidance or measurement by which taxpayers can see how fast government is growing by allowing the spending limit to be exceeded when certain conditions are met. In its tenure as part of the state constitution, the state spending limit has been exceeded only twice – back in the early 1990’s when the state was flush with cash as a result of the Japanese “bubble” economy.
Because elected officials just couldn’t bring themselves to give back all of that money, they tied up the money either in expenditures that helped put spending over the ceiling or stashed the money away in special funds. Much of the excess expenditures was appropriated for capital improvement projects, projects that are usually funded with borrowed money. In all, the spending limit was exceeded by more than $660 million dollars over the 1990-1991 biennium.
At the time no one seemed to care or for that matter pay attention to the fact. Perhaps it was because in order to exceed the ceiling all the governor had to do was to make a declaration that the ceiling was being exceeded and all lawmakers had to do was make a declaration and approve the spending measures by a two-thirds vote. While not all of those appropriations in excess of the ceiling were spent, some of it was used, much to the regret of subsequent legislatures which encountered the financial pinch of shrinking revenues.
So why now all of this concern about the state spending ceiling? Well, the governor has submitted the biennial budget proposal in which he declares that the state spending ceiling will be exceeded by more than $123 million or about 3.8% over the ceiling for the executive branch in the current fiscal year. The reason being given is the projected emergency program requirements for the Felix-consent decree. And as a result of this need for emergency appropriations, the executive budget warns that with a larger base, the spending ceiling is expected to be exceeded in each of the two subsequent fiscal years
. Apparently, budget makers don’t seem to understand the intent of the constitutional spending ceiling and perhaps should go back and understand why it was proposed. Again, the intent of Con-Con delegates was that state government general fund spending should grow no faster than the growth in the state’s economy. That growth is measured by the growth in the state’s total personal income, an indicator of how much income is received in the state by its residents and businesses. If state spending begins to exceed that growth rate, then there is no doubt that somewhere down the road the state will run smack dab into another financial crisis where state spending cannot be supported by the economy.
If the argument is that the Felix programs are mandated by the court, then our state administrators and lawmakers need to find programs for which spending can be reduced so that the Felix programs can be accommodated. This is a process of setting budget priorities. Felix programs should be a cause for cutting spending in other areas, not an excuse to exceed the ceiling. It seems that the proposed spending that will exceed the ceiling is also an indicator that perhaps the services required under the Felix decree could be delivered more efficiently. Again, the pat response here seems to be as with education in the past, just spend more money rather than finding the difficult solutions to the real problems.
Instead of merely spending more money, taxpayers should demand that the money be better managed and the spending ceiling be honored. 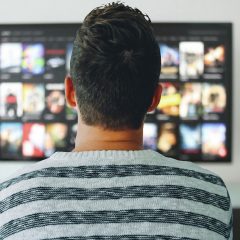 By Lowell L. Kalapa (Released on 9/18/11) The eyes of lawmakers and legislative observers will...