In his state of the state message the governor told lawmakers he will submit legislation requiring the newly formed Hawaii Tourism Authority to spend one-third of the monies derived from the transient accommodations tax and earmarked for the promotion of Hawaii’s visitor industry on promoting Hawaii as a business destination.
In this case, “business destination” in the governor’s definition is to promote Hawaii as a good place to do business. In other words, attracting companies to locate in Hawaii to do business. Hey, not a bad idea! That is until one gives it more thought. Is Hawaii indeed a great place to do business? That is the question that needs to be asked first.
Is Hawaii’s business climate one that is conducive to doing business in the state? We are told that over the past six years, lawmakers and other public officials have worked to improve the business climate in Hawaii. On the other hand, no business has stepped forward to confirm that, in fact, it is easier to get a permit or license or any other approval from government than it was six years ago. In fact, many businesses have complained that instead of less regulations there are even more regulations with which to comply.
Sure, lawmakers may speak of lowering income tax rates a couple of years ago and addressing the pyramiding of the general excise tax, but taxes are not the only consideration when businesses look at relocating their companies. Site costs, that is, the cost of a store front or office or getting the permitting and certificates to build out, remodel or reconfigure that space are considered. Businesses must also consider housing costs for employees which then is reflected in the cost of the payroll if employees are to afford the housing in the community. Payroll costs also include the cost of the various mandated benefits such as prepaid health care or workers’ compensation. Even the cost of energy is a consideration for businesses.
Many of these costs have not been truly addressed by lawmakers in the last half-dozen years. Instead, lawmakers have put band-aid patches on many of these problems, preferring instead to avoid the issues. For example, instead of fixing the problems of workers’ compensation, lawmakers created an entity to offer alternative workers’ compensation insurance to businesses that could not get coverage with private insurers.
Indeed, many businesses found the insurance offered by this quasi-public agency to be more economical. What people did not see is that unlike private insurers, this agency did not have to carry the same kind of capitalized assets that private insurers have to have under state regulation. Thus, instead of having retained assets that would be drawn upon to pay claims, this quasi-public agency pays out claims with whatever it takes in premiums.
What is happening is that because the problems of workers’ compensation were not addressed, the availability of coverage is once more becoming acute. The result is that more and more businesses are moving to get coverage from this quasi-public agency. As more and more companies take this route, the number of claims will rise such that it will probably reach a point where the once economical premiums will have to be substantially increased.
Another consideration for a business is the quality and skill of the workers that the business will need to employ. Given the problems that Hawaii is having with its school system certainly does not imbue a lot of confidence for potential businesses. In addition, those businesses must also consider the quality of education that the children of their workers can attain in this state.
Finally, as if businesses in Hawaii didn’t already know, national observers have also ranked Hawaii as a poor place to do business. How then will the Hawaii Tourism Authority overcome these observations? Somehow it doesn’t make any sense to spend tax dollars to promote Hawaii as a place to do business when this state continues to perpetuate an unfriendly environment for business.
It seems that lawmakers and the governor need to work on improving the business climate – the product – before they go out and advertise it. In short, if the product is poor, why would you want to tell anyone about it – let alone spend millions of dollars in telling the world that the business climate is bad. 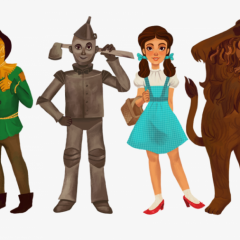