House Democrats are mulling a proposal that would turn over the power to raise or lower the general excise tax rate to the state Board of Education (BOE).
While the specifics of the proposal have yet to be fleshed out, reports indicate that the major thrust would entail setting the overall state rate at 2.5% and allowing the BOE to set a rate of up to 1.5% for a total equal to the current 4%. Supporters of the idea argue that this would allow the Board of Education the autonomy it needs to deal with the problems facing education in Hawaii today. Others believe that turning over the taxing and spending power to the BOE will also absolve the state from being responsible for the Felix mandates.
Unfortunately, this is just another attempt of elected officials to abdicate their responsibility for education. True, while there may be a BOE which oversees the policies and operation of the state’s largest program, the responsibility for raising the funds and setting the priorities for those funds lies with the administration and the legislature. Turning the taxing power of the general excise tax over to the Board of Education and then limiting the amount the rate can be raised is nothing more than “earmarking” a set portion of the current tax collections for education. And such a transfer of taxing powers will not absolve the legislature and the state as a whole from the Felix consent decree. The state is responsible for addressing the problem whether or not the BOE has the taxing power to raise money for education.
To a large degree, this proposal would be creating a fifth branch of government – the fourth being OHA – and yet another arena for taxpayers to watch and insure there is some sort of accountability for the taxes being taken from them. What will develop is that each of the players who have the ability to raise funds or taxes will claim that their source of revenue is insufficient to meet the needs of their responsibilities. The result is that there will be increased pressure to raise more revenues with even higher taxes. In the meantime, since each player – state, county, and BOE – operates in a vacuum each oblivious to the other’s burden of taxes, only the taxpayer will know what a truly high burden is being imposed.
Under the current situation, only the state and the counties have taxing power. With a clearly defined responsibility for more than three-fourths of the public services, the intense focus is consistently on the state although this has been somewhat diluted in recent years as state agencies have been allowed to impose a growing number of user fees. But it is the governor and the 76 lawmakers who are on the hook for the fact that Hawaii taxpayers are one of the most heavily burdened in the nation. Adding the BOE to the mix of players who impose taxes would only serve to muddy the waters of accountability.
The issue at the heart of this proposal is not one of governance as some lawmakers would like the people to believe. No, it is one of accountability. The impetus for a proposal like this is the buck-passing where the BOE blames the legislature for not giving it the funds it says it needs to improve education and the buck-passing from the administration to the Board saying that it has no control over the education system other than to release funds appropriated to it by the legislature.
Then there is the BOE which proclaims that it is elected by the people to represent them in the area of education policy. So everyone “owns” the issue of education but no one has the total power to make things happen. The real problem is that no one is willing to accept the responsibility.
Seemingly, this proposal to give the BOE the power to levy the general excise tax would be turning the “whole ball of wax” over to the Board and walking away from the problem. Is this the proper response? What responsibility will the administration and the governor have to education if this measure should be adopted? The long and short of it is that the administration and the legislature are abdicating their responsibility for education. They are kissing the issue good-bye and dumping it in the lap of the BOE. Of course, the BOE is thrilled because it is getting the control over the money.
It would appear the opposite response is more appropriate and accountable, that is to return the BOE to an appointed advisory body. This would place the onus of responsibility squarely on the shoulders of the governor, putting an end to the buck-passing.

We’ve previously warned that our legislature has a dogged focus on new taxes – “ARF! ...

By Lowell L. Kalapa It is time to take care of some misunderstandings about the... 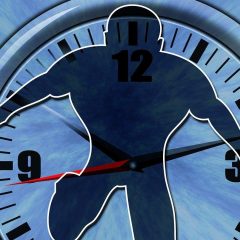 Over the past several months, there has been a court fight brewing that could have...