With tourism on the rebound and the economy seemingly on an upturn, state tax collections have taken on a rosy tint and elected officials are once more beginning to think in terms of sugar plum fairies.

Already the mental wheels are turning on how to spend all those tax dollars. Administration officials want to bolster education and restore some of the social services that were cut in lean times. Lawmakers, on the other hand, appear eager to get their hands on some of those dollars to begin new spending programs. Still others want to rejuvenate some of the programs that were curtailed in the difficult years.

It is interesting to note the deafening silence on any additional relief for taxpayers. It is not like taxpayers should be ungrateful for the actions taken by the last three sessions of the legislature. After all, lawmakers at the behest of an anxious administration seeking reelection adopted the first tax cut in the history of the state by reducing the top income tax rate and broadening the income tax brackets.

Perhaps as a prelude to that heavy tax cutting action, lawmakers timidly enacted the first step by reducing the general excise tax application to leasing and subleasing of real property. This action was mirrored two years later with the adoption of the resolution to the pyramiding of the general excise tax on the purchase of services for resale.

The problem with all of this tax relief legislation is that the reductions in the tax rates are being “phased- in” over several years. In the case of the general excise tax leasing and pyramiding solutions, the wait will take seven years while the income tax reductions will take another year and a half before being fully phased-in with a reduction in the top tax rate of 8.25%.

This phasing-in of the tax relief was adopted at a time when the revenue picture was bleak and lawmakers rationalized that while they wanted to reduce taxes as a way of stimulating the economy, they could not afford immediate tax relief when revenues were needed to fund state programs. So while they wanted to be able to go to the polls in their bid for reelection saying they had cut taxes, elected officials avoided taking a direct hit to revenues, stretching out the forecasted reduction in taxes and therefore collections for a longer period of time. Well, now that the revenue picture is improving and economists are proclaiming that the economy has “turned the corner,” perhaps lawmakers need to take out their list of promises and accelerate that tax relief. If indeed lawmakers and administration officials truly believed that reducing the tax burden would help to stimulate the economy, then with the surplus of funds now available, lawmakers should do what they should have done in the first place and enact the relief that would have been achieved in seven years — immediately.

If those phased-in tax reductions were believed to have a good effect on the economy, then it only makes sense that putting those reductions into effect sooner than later will speed up the economic recovery. Elected officials have a terrific opportunity to not only keep up the momentum of reforming Hawaii’s tax system and the state’s economy, but to ready Hawaii for the new economy of the 21st Century.

If the economy falters for the lack of the stimulus it needs to roar back, then all of the efforts will have been lost. Utilizing the anticipated windfall of revenues solely for restoring spending that was reduced runs counter to the efforts of the past few years to “right-size” government. Obviously there are programs which need additional funding such as the court-mandated Felix decree, but by no means will spending more solve the problems that have been created by continuing to do business “as usual.”

What is even more frightening is that elected officials may just slip back into their old ways and resort to the old formula of “just give them more funding and maybe the problem will go away.” If that is what elected officials want to do with the anticipated windfall, then all of us as taxpayers are in trouble. The lesson will not have been learned and the state will once more be set on a path of self-destruction.

Accelerating tax reductions which should have taken place long before these past few years is what is needed to put Hawaii on a stable path that will not only provide jobs and prosperity for its people, but will strengthen the economic base which produces the tax revenues elected officials like to spend. 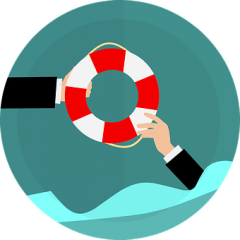 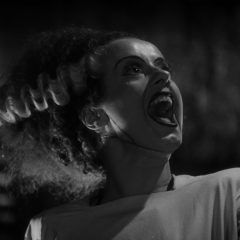