It seems that every time someone comes up with the idea of raising the general excise tax they think they have come up with a brand new idea.

It began in the late 1970’s when a university professor came up with the bright idea of raising the rate of the general excise tax. However, realizing that such a rate increase would engender taxpayer protests, he suggested providing an income tax credit for residents that was supposed to “refund” residents the amount of additional taxes paid as a result of the increased rate.

This latter provision allowed the argument to be made that the tax would be “paid only by visitors” and not by residents. And if taxpayers really weren’t paying attention, this argument made a good “sell.”

So beginning in 1980, the proposal to raise the general excise tax rate coupled with an income tax credit for residents began its long run in the legislative arena. First introduced by the money committee chair in the Senate, taxpayers, including members of the business community, bought into the proposition. Because the proposal looked like it would tax the “man behind the tree and not me” the proposal was nearly approved by the legislature on that maiden voyage. Luckily, there were enough astute observers who figured that the amount of additional taxes paid by residents could never be fully recovered or refunded with any great accuracy.

While this double barreled approach would seem to have carried a lot of weight in the legislative arena, lawmakers got the message that the scheme could never give back to residents what they would pay in the increased amount of the tax. This time around businesses began to raise the concern that they did not get any break from the tax which they paid and passed on to their customers. Again the proposal failed.

There were many pitfalls in the proposal aside from the fact that the measure would have raised the general excise tax rate by a half percent, it merely authorized the counties to actually adopt the rate. Thus, the onus of actually implementing the rate increase fell to the counties. Second, the collection of the tax and the refund of the tax created all sorts of questions about compliance and administration as the additional rate would have been imposed only in those counties that chose to impose the additional rate.

But perhaps the biggest hurdle for approving the additional rate was the fact that the state was sitting on a half-billion dollar surplus. Despite the fact that the state had surplus funds of nearly half of what the proposed tax rate was to raise for mass transit, the tax hike proposal still moved forward and was approved by the state legislature. Sadly, a large part of the business community which had long complained that taxes were too high endorsed the idea. Fortunately, county policy makers recognized that they would bear the responsibility for raising not only the general excise tax rate but also the overall cost of living and defeated the idea by a one-vote margin.

So by the time the idea of raising the general excise tax rate in return for other tax reductions came forward from the Economic Revitalization Task Force in 1998, taxpayers were ready with a resounding NO!

Raising the general excise tax rate with some sort of sweetener like a tax credit for residents amounts to nothing more than a shell game that really does not offset the cost of the increase. 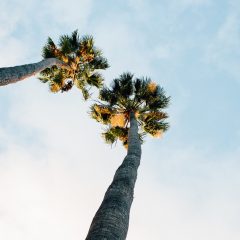