Some observers have commented that now that lawmakers have reduced income tax rates and addressed the pyramiding problem, the economy should be able to flourish and grow because the burden of taxes has been alleviated.

While in one sense, taxpayers can sigh with relief that some of the burden of government has been alleviated for the time being. However, there are other roadblocks created by government that still beg the attention of lawmakers. Despite the political rhetoric with which lawmakers and administration officials addressed the regulatory environment in the state this past session, just talk to any business owner or individual who has had to contend with the regulatory maze at both the state and county level and the horror stories will flow.

In a recent chat with one contractor, the tables turned when he asked what benefit does he, as a licensed contractor, receive if the state cannot monitor and enforce the licensing requirement? He began to list all of the permits and licences and insurance coverages he has to carry as part of being a licensed contractor. All of these required coverages and permits cost him money so as he pointed out, he has to pass the cost of these requirements onto his customers.

The result is that the cost of using a licensed contractor more often than not drives customers to use unlicensed contractors even though they know they may run the risk of not being able to get redress on the work if it is not done correctly or to their satisfaction. His point was that instead of trying to enforce what has proven to be a difficult requirement, perhaps government needs to look at reducing the standards that licensed contractors have to meet.

Of course, he acknowledges that this might be considered heresy, but in his opinion, the licensing law just is not working. As he noted, lawmakers might say that the regulations are there to protect the customer, but if more and more people are using unlicensed contractors because the cost is more affordable then, as he argued, licensed contractors will have no work and will be forced out of business. To put it simply, the cost of regulations and licensing makes contracting more expensive than it has to be.

Another example of inane regulations came from someone who was clearing some land he had purchased to start a farm. However, to start the farm he had to clear all of the growth and brush that accumulated for years in this remote valley, accessible only by four wheel drive. Because of it inaccessibility, it would have been too costly to remove the underbrush to the county landfill, so he thought it would be more prudent if he could burn the rubbish from the clearing.

Like the responsible person that he is, he dutifully notified the local fire department that he would be burning this waste. Well, the fire department told him that he needed to get a permit to burn the rubbish. When our friend went down to the office to which he was directed and applied for the permit, payment of a $50 fee was required.

One can only wonder how many other such witless regulations there are on the books both at the state and the county level that do nothing more than add to the cost of doing business in Hawaii. And to what degree do these regulations actually encourage people to evade the law because of the additional cost. It is time to take a sharp and sincere aim at government regulations, because they have become nothing more than a hidden tax. 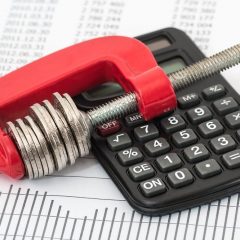 Some of the bills making their way through our Legislature are sponsored by executive departments. ...

By Lowell L. Kalapa It seems the state administration and lawmakers have painted themselves into...

By Lowell L. Kalapa The recent controversy over the interpretation of one of the provisions...