In the last few weeks we have examined some of the hurdles facing the community which prevent the state from moving forward. Some of these hurdles take form in the lack of political will, indecisiveness, and lack of integrity or trust.

What Hawaii is missing is leadership that inspires confidence in that leadership. This is obviously lacking in both the public and private sector. Ask anyone to name who they think are leaders in the community and one will find a variety of names, but none that may be common among all respondents. Why is it so difficult to find real leaders among those of our community who seem to be in leadership positions?

Perhaps the most striking observation made by observers of the social and political scene is that there is an air of fear in the community that if one speaks out or expresses an opinion that is contrary to the status quo that there will be retribution and retaliation by those who have the power to do so. Permits are withheld, contracts are awarded to competitors even though it was not the lowest bid, promotions are passed over and, yes, in some cases people lose their jobs.

Private business leaders have quietly expressed their reservations about speaking out because doing so will jeopardize their businesses. Others have already experienced retribution from the last elections having supported a losing candidate. Sudden surprise inspections by health and safety monitors, audits of businesses’ books and records, and imposition of fines on businesses who just happened to have supported a losing candidate have surfaced in recent months.

As a result of this intimidation, those who are in power remain in power. Those in power continue to call the shots even though those decisions are contrary to what the community believes should be done. The result is that what those in power decide should be done does not have the support of the community and those decisions are doomed to failure because there is no public support. Such was the case in the proposal to raise the general excise tax so that income tax rates could be reduced. It was a top down effort, with those few at the top deciding what was good for the community. What is ironic is that when the community rose up and rejected the idea, the task force refused to listen to the protests of the people.

So where is the leadership that Hawaii needs? Well, unfortunately, the “brain drain” of which everyone bemoans is a key indicator of what we can expect in the future. If indeed the “brightest and the best” are staying on the mainland where the jobs for which they were trained are and where the cost of living is lower and the standard of living much higher, what does that say about Hawaii’s future leaders? If the “brightest and the best” are not returning to Hawaii, can we expect mediocrity to continue to lead our community? And what will tomorrow’s leaders be left with if the leaders of today bankrupt the state and county treasuries, built bureaucracies that overshadow anything in the private sector?

And what about the private sector leadership of the future? As more and more companies are sold to out-of- state investors, how much aloha will there be for the employees and members of the local community? Will the absentee owners understand the leadership needs of Hawaii and will they be willing to step to the plate to be among the future leaders of Hawaii? 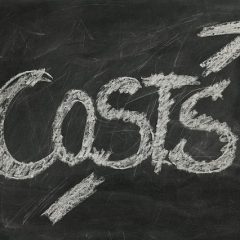 By Tom Yamachika, President   On Thursday, June 22nd, the board of Honolulu Authority for...

In this week’s article, we spotlight yet another attempt by a government agency to shroud...

By Lowell L. Kalapa Lawmakers, as well as administration officials, appear to be celebrating the...

By Tom Yamachika, President Every so often, we run into a story that reminds us...