As the legislature moves into its final days of deliberation, the tenor of the discussions has taken on a tone of panic and desperation. Evidence of this panic is reflected in proposals that would raise the general excise tax and more recently turn over the power to impose the income tax to the Board of Education.

Noticeably absent is the will to reduce the amount of spending and therefore the size of the state budget. Instead of focusing on how to reduce spending, efforts have been placed on finding new resources (read: “new tax revenues”) as a way to stave off doomsday.

All of these efforts, both present and past, have been driven by the hope that the economy will turn around “tomorrow morning” and everything will be back to normal. That hope and therefore the efforts to forestall the day of doom have been going on for over eight years. The problem is that the economy holds very little promise that things will turn around in the near future.

While the administration has recently been critical of the legislature, in particular, the Senate, there is enough blame to be shared by all branches of government. In fact, much of the cynicism about government can be rooted in the misleading assessments made by administration officials.

For example, there is the billion dollar capital improvements program that was supposed to rejuvenate the construction industry. While the bonds were issued, it is taking painfully long to get the money out into the community. Meantime, the principle and interest are coming due, adding to the cost of debt service such that lawmakers are struggling with the capital improvements budget for the upcoming biennium in the fear that more debt will only increase the percentage it represents of the operating budget. Instead of giving a boost to construction, the billion-dollar idea is putting the brakes on new projects.

Some might argue that all of this is mistakes of the past, what we need to do is move on and solve the problems facing the state today. Well, the administration still has not changed its efforts in trying to obscure the fiscal picture even more – even in the current session. The administration has introduced bills to further hide the true cost of government. One measure allows the board of land and natural resources to raise fees charged at the bureau of conveyances so it can modernize the recording system. A permutation of the proposal is to allow the bureau of conveyances to keep the remaining portion of the conveyance tax for the same purpose. Another bill would earmark a portion of the tax that the banks pay for the purpose of operating the bank examiner’s office. While that might sound like a legitimate proposal, the question is whether the amount of money earmarked will be enough or perhaps more than the bank examiner really needs to run that operation. Since the money would be earmarked, lawmakers would have very little say or over sight over how the money was being used or spent – and it would be that much less in the general fund to run state government.

Instead of trying to maintain the status quo and blaming the legislature for “doing nothing,” administration officials should be working with lawmakers in helping to trim the size of government. Unfortunately, it was the administration that submitted a status quo budget giving no clues as to what it thought should be cut. That’s something like the kettle calling the pot black. 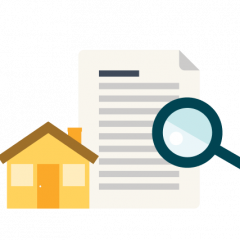 In our Legislature this year, there is a bill advancing that contains an innovative (or...