Emerging from the House Economic Development and Business Concerns Committee late last week is a bill that would phase-out the net income tax and the state’s general excise tax and replace them with a retail sales tax.

The impetus behind this effort appears to be a response to the complaint about the pyramiding of the state general excise tax. It also addresses the criticism that the net income tax is paid by residents whereas efforts should be made to shift more of the tax burden to visitors. The response then is this proposal to adopt a retail sales tax.

Under HB 188, HD-1 [see text of bill at State Legislature site], the tax would be imposed only on the sale of tangible personal property, better known as goods, and then only on sales of goods for final consumption. Food, medicine and medical supplies such as dentures, wheel chairs, and the like would be exempt.

Although the measure intends to make up part of the lost revenue by mandating each department create a schedule of fees for the services they perform, it is doubtful that much of the lost revenue can be made up with user fees and charges. The rationale behind encouraging the implementation of more user fees is that those departments which provide services that people want will survive while those who don’t provide services that are needed by the public will disappear because they will not be able to raise enough money to keep their programs or departments going.

That rationale flies in the face of the logic that if departments had to live by fees alone, they would probably make taxpayers pay exorbitant fees. For example, the department of commerce and consumer affairs is an excellent example. They jacked up all the business registration fees so as to be self sufficient and ended up with an embarrassing $20 million surplus. One would suspect that this is exactly what would happen to other departments, like health where one cannot open a business without some kind of health permit be it for an air-conditioning system or a kitchen.

So how will the $2.4 billion that the net income tax and the general excise tax bring in each year be recovered? Well, it is interesting to note that the retail sales tax proposal does not specify the rate that would be needed. Based on best estimates of an expert in sales taxes, a rate of 16% would be needed for a retail sales tax structure that exempts food and drugs from the base to generate the same amount of revenues as the general excise tax. Add to that the billion dollars lost due to the repeal of the income tax and the rate would have to go up by another eight percentage points for a total retail sales tax rate of nearly 24%.

With that kind of rate, Hawaii’s retail sales tax rate will be nearly three times as high as the highest sales tax rate currently imposed. So instead of improving the business climate and the perception of Hawaii as a friendly place to do business, HB 188, HD-1 will merely confirm all those media reports about the people’s republic of Hawaii.

One observer chided this irreverent view of the retail sales tax proposal noting that it is perhaps what the proposal is all about – the truth of just how much it costs to run state government in Hawaii. Perhaps so, but it seems futile to thrash about over a brand new tax while ignoring the real problems with the tax system. If indeed this proposal is a way to let everyone know how much it will take to raise the kind of money the general excise and income taxes provide the state general fund, then the rate should have been inserted in this bill.

Obviously there wasn’t enough political will to tell taxpayers that the rate will be unacceptably high. 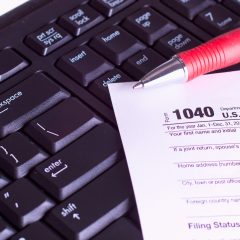 As the much touted economic summit garners more attention, it appears that some of the...