As the legislative session rolls toward adjournment at the end of this month, it appears that lawmaking has been reduced to comic theater. With money so tight, much of the play is focused on how to balance the state budget, meet collective bargaining demands, and avoid raising taxes.

The cow that has kicked the lantern that has ignited the acrimonious debate between the administration and lawmakers is the latest estimates of tax revenues made by the Council on Revenues. As a result of downgrading their optimism about the economy, the shortfall of revenue has risen to more than $270 million.

Perhaps taking a cue from the Easter season, the administration flat out rejected the Council’s forecast of revenue and proclaimed that “until they could put their hand” on the pulse of the economy, they would make their own evaluation of the situation. In the meantime, the legislature asked the Council to elaborate on their new estimates and it appears that lawmakers prefer to rely on the Council’s estimate.

But the administration wasn’t about to give in too easily and began raising questions about the validity of the Council’s estimates. In the end the administration put forward its assessment of the situation. However, their analysis produced a difference of only $100 million. That still leaves lawmakers with a gaping hole of more than $170 million.

But wait, the administration pointed out that as a result of going to the bond market to refinance some old bonds, the state would realize a savings of more than $85 million over the next two years. Thus lawmakers would only have to come up with $60 to $90 million in cuts as there would be other savings as a result of changing the way the employees retirement system is funded.

What was not pointed out is that the bond refinancing is only a “temporary savings” because new bonds were sold, only the interest will be due for the next two years, but starting in the third year, both interest and principal will be due. Thus, unless there is a dramatic rebound, the refinancing of the bonds merely defers the crisis for two years.

Well, Senate lawmakers refused to buy the administration’s story and went ahead and built their version of the budget based on the Council on Revenues’ estimates. Severe cuts were made based on input from the various departments, bringing into line state spending with the revenue estimates. It’s interesting to note that a University of Hawaii professor begged lawmakers to appropriate what was needed to run state government regardless of the revenue projections and allow the Governor to use his discretion in releasing those funds, arguing that in doing so, if the economy turned around, the Governor would have the necessary authority to spend. Unfortunately, it seems this learned professor has not read the constitution that requires a balanced budget which means projected spending must match projected revenues.

In the meantime, various constituencies including the Governor have called the Senate’s version of the budget irresponsible because it would supposedly seriously impair state government operations. However, these complaints have to be viewed with a jaundiced eye as nearly all of the cuts followed the input given by the various departments. Even the cuts in welfare spending mirrored the Governor’s own opinion that the human services estimates of expenditures were overly inflated and that the Governor would have restricted that spending anyway.

Thus, while the Senate’s version of the budget appears to be doing the fiscally responsible thing, the criticism it is engendering seems to be entirely politically motivated. It is time that the theater stop and lawmakers and administration officials buckle down and do what is best for the community at large.

Enough of the play acting and the zoo, elected officials need to set priorities within the financial means of the state and its taxpayers. The budget must be trimmed, for as some lawmakers have learned, taxpayers are not about to accept an increase in taxes. If there are no additional revenues, guess what, fellas? You have to cut the spending.

By Lowell L. Kalapa Some lawmakers are making a big push to sell the union... 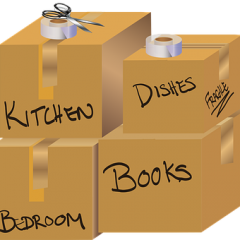 A few months ago, we tried to remind folks about “It’s the Economy, Stupid.”  There...

By Lowell L. Kalapa      As the recently approved cut in personal income tax...