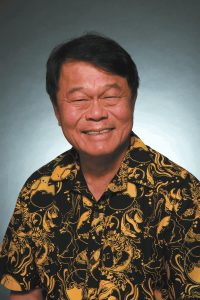 Lowell Kalapa, with whom many have equated with the Foundation, was its executive director from 1979 until the end of his life in December 2013.

The Foundation issued the press release below upon learning of his passing.

For many years, Lowell was a voice of reason, advocating for transparent, fair and sensible tax laws and administration. His knowledge of the history and the intricacies of Hawaii’s tax laws and his ability to explain things in simple terms were unmatched. His opinion on important tax issues were sought out by legislators, government officials and private business leaders. And his opinion was not for sale. Lowell told you what he thought, even if it made you uncomfortable.

He was a tireless advocate for all of Hawaii’s taxpayers, from low-income workers to business owners. He was a friend and colleague and will be sorely missed.

The Tax Foundation Board is meeting today to discuss the transition and next steps for the Foundation.

The Tax Foundation of Hawaii is a private, nonprofit educational organization dedicated to informing the public about the finances of state and local governments in Hawaii.